The Commission  act as an independent facilitator and  actively participate in the overall coordination of the Strategy, but the Strategy’s success depends on strong and lasting commitment from the main stakeholders and partners.. Also acts as coordinator and co-chair of the meetings of the Executive Board and the.General Assembly, without voting right. The Commission will confirm that decisions taken by the General assembly comply with EU legislation, when appropriate.

The basis of the governance system of the Strategy has been laid down in the Milan Declaration of the Alpine States and Regions, adopted at the EUSALP Stakeholder Conference in Milan on 1 December 2014. It is in accordance with the Grenoble Political Resolution of 18 October 2013, the Commission report on governance of macro-regional strategies (COM(2014)284 final adopted on 20 May 2014) and the Council Conclusions of 21 October 2014.

The governance structure of EUSALP is laid at 3 levels:

Political -,Political leadership implies both a political and operational dimension. Strong and structured political support, with ministers determining the overall direction of the Strategy, taking ownership and responsibility, aligning policies and funds, and providing the resources and status for decision making, is crucial.

This level, represented by the General Assembly, should ensure the overall political orientation as well as providing strategic thematic guidance and decisions on actions. To ensure a balanced distribution, a rotating presidency will be set up. It can be allocated to all participating States and Regions with the agreement of the Commission

Coordination - The governance of a macro-regional strategy requires greater dialogue and substantial coordination across all decision-making levels, and sectors inside each state and region as well as between participating States and Regions, to reduce fragmentation, improve realisation of actions and encourage effective participation from the actors involved. It also requires the capacity to exchange information and to detect policy gaps when they arise. This oveall coordination is ensured by the Executive Board.

Implementation - Implementation is a key step, as it is mainly based on the results of joint actions and projects completed at macro-regional level that better and informed decisions can be taken at political level to improve the efficiency of the policies concerned and to reach the objectives assigned to the Strategy.The implementation of  the objectives of the Strategy will be done through 9 complementary Action Groups. 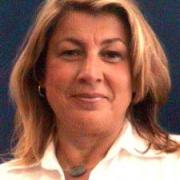 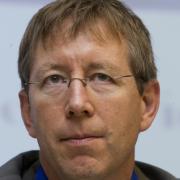 The EU Strategy for the Alpine Region EUSALP, launched in 2015, aims at developing the Alpine region as an attractive, innovative, competitive and green region in the heart of Europe.