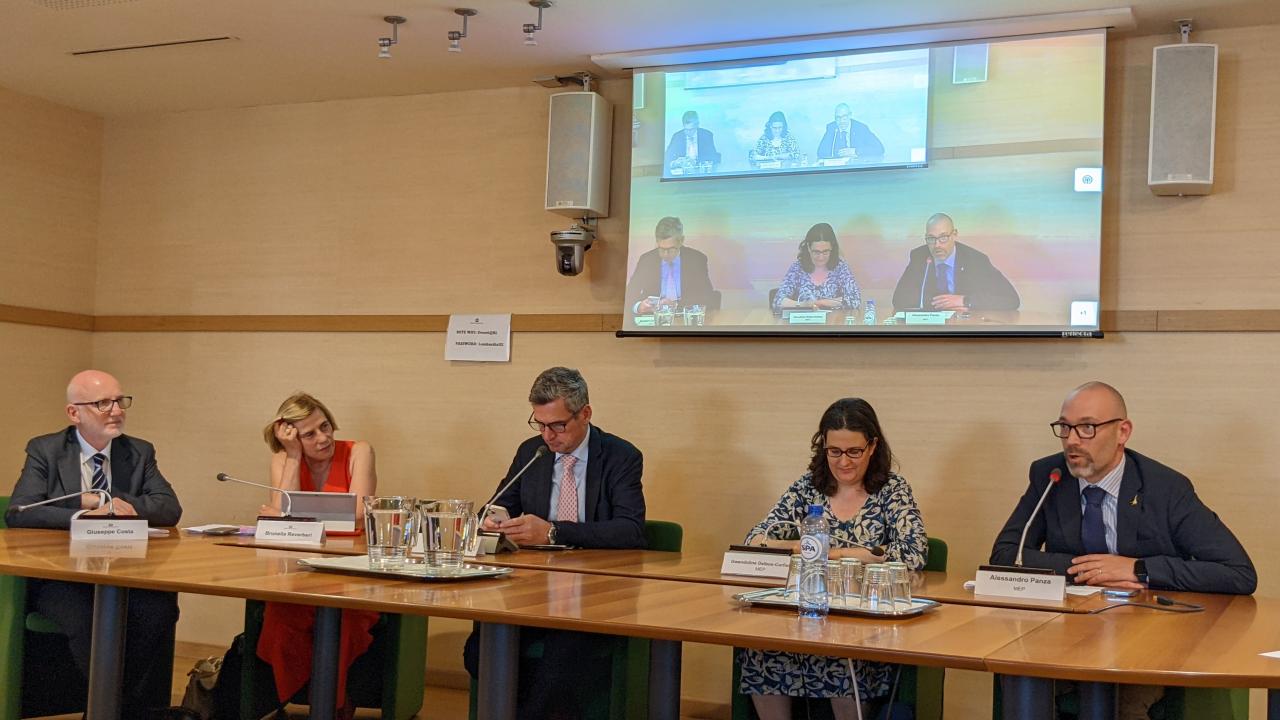 On Thursday 18 May, in the context of the EU Vocational Skills Week, EUSALP Action Group 3 organised a conference to discuss future perspectives of cooperation in higher vocational training (HVET) in the context of the European Union and especially in the Alpine region. This event was organised under the patronage of the Italian EUSALP 2022 Presidency and in collaboration with the Lombardy Region, which hosted it in its representative office in Brussels. The Regional Ministers Raffaele Cattaneo (Minister for Environment and Climate, Delegate for EUSALP) and Melania De Nichilo Rizzoli (Minister for Training and Employment) opened the meeting by highlighting the importance of education and HVET paths in addressing labour market challenges connected to a greener, more inclusive and more digital society.

The EU Vocational Skills Week offered the perfect context to discuss the importance of initiating a process of mutual recognition of HVET titles at the European level, in line with the recent Council recommendation on building bridges for effective European higher education cooperation (2022/C 160/01) and the European Commission efforts in this direction. The value of enhancing cooperation in HVET was recognised by both the experts and politicians intervening in the event.

Vanessa Debiais-Sainton (DG EAC) opend the technical panel and stressed the importance of creating alliances between HVET institutions for the development of joint programmes and to reinforce the European dimension of higher education. Noelia Cantero (EARLALL) underlined the role of regional authorities and their multiplier effect for the involvement of local stakeholders in cooperative processes such as the mutual recognition of HVET titles. She recognised the importance of EUSALP as an incubator to identify shared criteria and common standards to build cooperation and strenghten trust for such a process.  Matteo Colombo (ADAPT, in collaboration with INDIRE) outlined the different experiences of HVET systems in EUSALP countries, the need to tackle this heterogeneity and facilitate the comparability among national systems to foster the mobility of students and workers across EU countries.

This conference offered the first opportunity to gather Members of the European Parliament participating to the “Friends of EUSALP” Initiative in the post-covid era. The presence and interventions of Gwendoline Delbos-Corfield (France), Herbert Dorfmann (Italy), Alessandro Panza (Italy) signaled a clear political will to support a process of cooperation leading to the mutual recognition of HVET titles in the EUSALP area.

Mirko Bisesti (Provincial Minister for Culture, Education and Universities of the Autonomous Province of Trento and Delegate of the EUSALP Italian Presidency 2022) underlined the importance of diversifing training paths to ensure greater attractiveness of HVET systems and their recognition as a highly qualifying path to access the job market. Julie Thiran (DG REGIO) closed the event by praising the strategic role of HVET for a smooth transition from education to the labour market as well as for the development of entrepreneurship and innovation in a diversified and peculiar area as the Alpine Arc. She urged European and national stakeholders to animate this debate towards a future adoption of a pact for HVET in the EUSALP area in order to move from words to action. 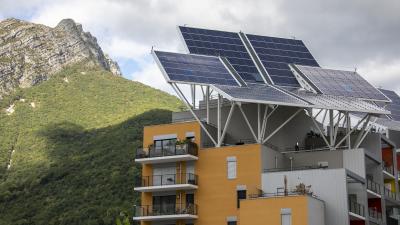 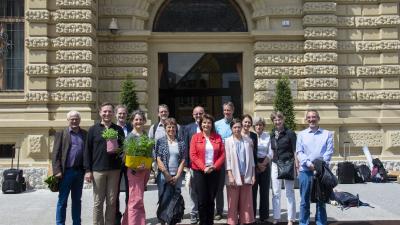