The Stakeholder Conference on the European Union’s Strategy for the Alpine Macro Region (EUSALP) was held in Milan on 1 and 2 December 2014 at the Lombardy Regional Government Headquarters.
EUSALP is a way of sharing objectives and coordinating funds involving the 48 regions on the borders of and within the seven-nation “Alpine Macro Region”.

Organized jointly by the Italian Presidency of the European Union Council, the Region of Lombardy and the European Commission, the event was a significant success, attracting over a thousand participants from the seven nations involved (Austria, France, Germany, Italy, Lichtenstein, Slovenia and Switzerland).

Roberto Maroni President of the Lombardy Region, which coordinates the seven Italian regions within the macro region, declared, “The Alpine Macro Region is not a utopia, it is a tangible project for a Europe that is closer to its people.”

The intention is for it to be “a workshop for tangible and feasible projects, starting with EU 2014-2020 planning.” Sergio Chiamparino President of the Conference of Regions and of the Piedmont Region, specified that the macro region does not stand in opposition to national states, but rather aims to fortify relations between Europe and local territories.

The conference continued with speeches by ministers from the seven EUSALP States and representatives from its 48 Regions.

View all the Stakeholder Conference's speeches presented on Dec 1, 2014

Three theme-based workshops were held at the 2 December morning session, following on from the political debate on the afternoon of 1 December, one for each of the three Strategy pillars:

(2) Transport and connectivity - view the video

(3) The environment, including the sustainable management of natural and cultural resources, and of energy - view the video

President Roberto Maroni was highly satisfied with the two days dedicated to the Strategy: "The Government was here, but most of all we’ve seen full support from the European Commission. That’s the main thing. We have set off on the right foot".

Maroni went on to say, "What’s new is that we are seeing the birth of a regions-based Europe; that’s the true takeaway from today’s event." The President of Lombardy explained: "The 48 regions will adopt a system of governance that envisages political leadership alternating each year between the seven countries that make up the Macro Region, and an executive committee to implement policies on the three ‘pillars’: supporting enterprise, communications and mobility, and environment.".

View all the Stakeholder Conference's speeches presented on Dec 2, 2014 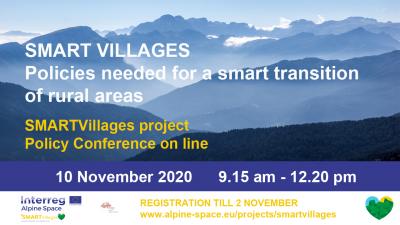 12th Oct 2020
Action Group 5
Since 2018, the Interreg project SmartVillages has initiated about a dozen projects in 9 test regions throughout the Alpine Space, ranging from village coworking spaces to car-sharing applications and from digital village plateforms to the installation of public Wlan transmitters and the...

Let's get the new Eurovignette agreed!

1st Sep 2020
Action Group 4
After a long stand-still in the revision process of the Eurovignette Directive, discussions have picked up again in the European Council since June 2020. 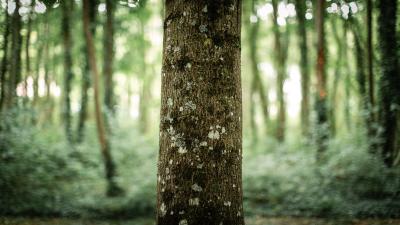 Participate in the ALPTREES Survey on NNTs

24th Aug 2020
French Presidency 2020
The Interreg ALPTREES project is working on the construction of a "transnational guideline for the use and management of non-native tree species (NNT) in the whole Alpine space".
END_OF_DOCUMENT_TOKEN_TO_BE_REPLACED